Stephen gave the following speech in Parliament on the 2nd December, 2021.

"I take this opportunity to speak in parliament today about the many achievements that the Marshall government has set up in the community of Morphett, a community I have been proud to represent since 2018, a community I have lived in with my family for the last two decades.

When I was a candidate for the 2018 election I made a number of commitments to the local community after listening to them, should I be fortunate to be elected to represent them in 2018. I am proud to say that I have fulfilled all those commitments and then some. From very early on in the piece, we recognised the need for longer operating hours at the Glenelg Police Station. They had been cut back to only five days a week—Monday to Friday—and we know that crime does not only happen during weekdays.

During the peak season, when many tourists flock to Glenelg on the busy weekends, there was no police presence in this police station. As such, I committed to extending the operating hours of the Glenelg Police Station, and that is what the Marshall Liberal government has done. In the past few summers we have seen an increase in the operating hours of the Glenelg Police Station, which is now open seven days a week during these peak summer months, and we have seen an increase in both mobile and foot police patrols around the Glenelg region. This has certainly assisted not only all the local residents but also, importantly, visitors and tourists to Glenelg, to feel safe and certainly enjoy our vibrant coastal community.

I also committed to upgrading the drainage and playing surface of the fantastic Plympton Oval. Thanks to a $100,000 commitment provided by the Marshall Liberal government, we have been able to deliver this upgrade, benefiting the Plympton Football Club, the Plympton soccer club and also the Plympton cricket club. During those four years, we have seen an explosion in the number of girls playing football, and this has been a further benefit of this playing and drainage surface. It used to be a mud pit, but now it is a playing surface that many locals would be proud of. It is encouraging them to come out, get fit and get active.

Additionally, my community made it quite clear how important road safety is, not only for road users but also pedestrians. That is especially why I was committed to installing safety bollards at the front of Glenelg Primary School along busy Diagonal Road. Over 100,000 vehicles go through that Diagonal Road-Brighton Road intersection per day. These safety bollards will ensure the safety of students and pedestrians, making sure they are protected. Also, $130,000 was provided by the Marshall Liberal government to get this crucial community safety upgrade installed.

Another important election commitment was to revitalise and reactivate the Repat, which was closed down by the current leader of the Labor opposition, the member for Croydon. He oversaw that. But never fear, the Marshall Liberal government has invested significant funds, namely, $115 million of state funds into the redevelopment of this Repat to make it a genuine health precinct, including $95 million into a surgical facility upgrade with 30 overnight beds.

Additionally, in conjunction with the federal Morrison government, we have invested in a specialised advanced dementia unit, a neuro-behavioural unit, the Bangka Strait Ward and also a Veteran Wellbeing Centre paying homage to its past history. Also, I am pleased to inform the house that the fantastic Plympton Veterans Centre, which is run by volunteers, is operating there now. Previously, they were operating out of the Glenelg Plympton RSL in the electorate of Morphett. These commitments are fantastic.

We have also put massive investment into our schools to make sure that we provide world-class education for all our students, whether that is $7 million into the upgrade of Glenelg Primary School or $3.5 million into the STEM upgrade of Plympton International College. In addition, we have invested another $3 million into a performing arts centre at Plympton International. We have also invested in our local catholic schools, with $1 million to St Marys Memorial, $800,000 to Our Lady of Grace and $2.4 million to St John the Baptist at Plympton.

This is creating world-class educational facilities for our students. There is more to come, and I am confident about the future of the community of Morphett under a Marshall Liberal government." 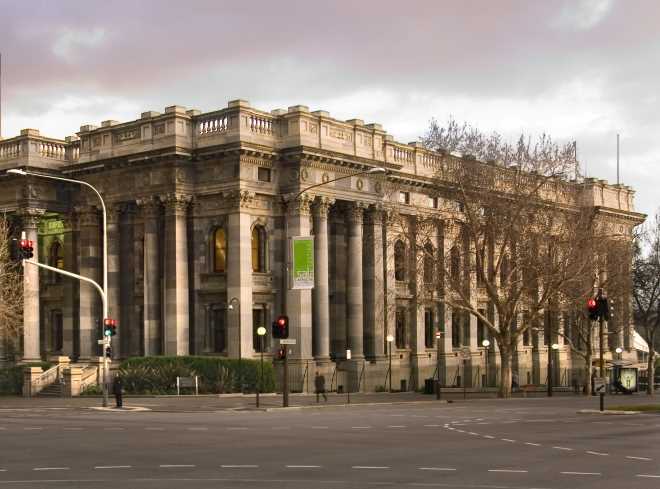